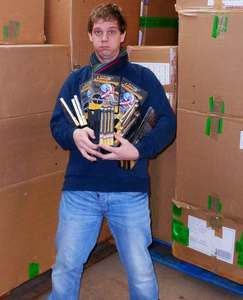 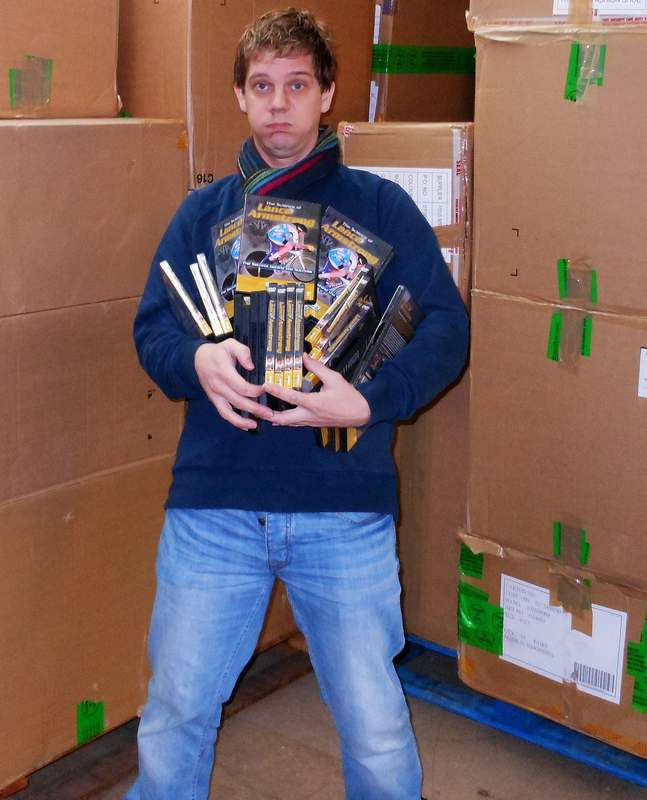 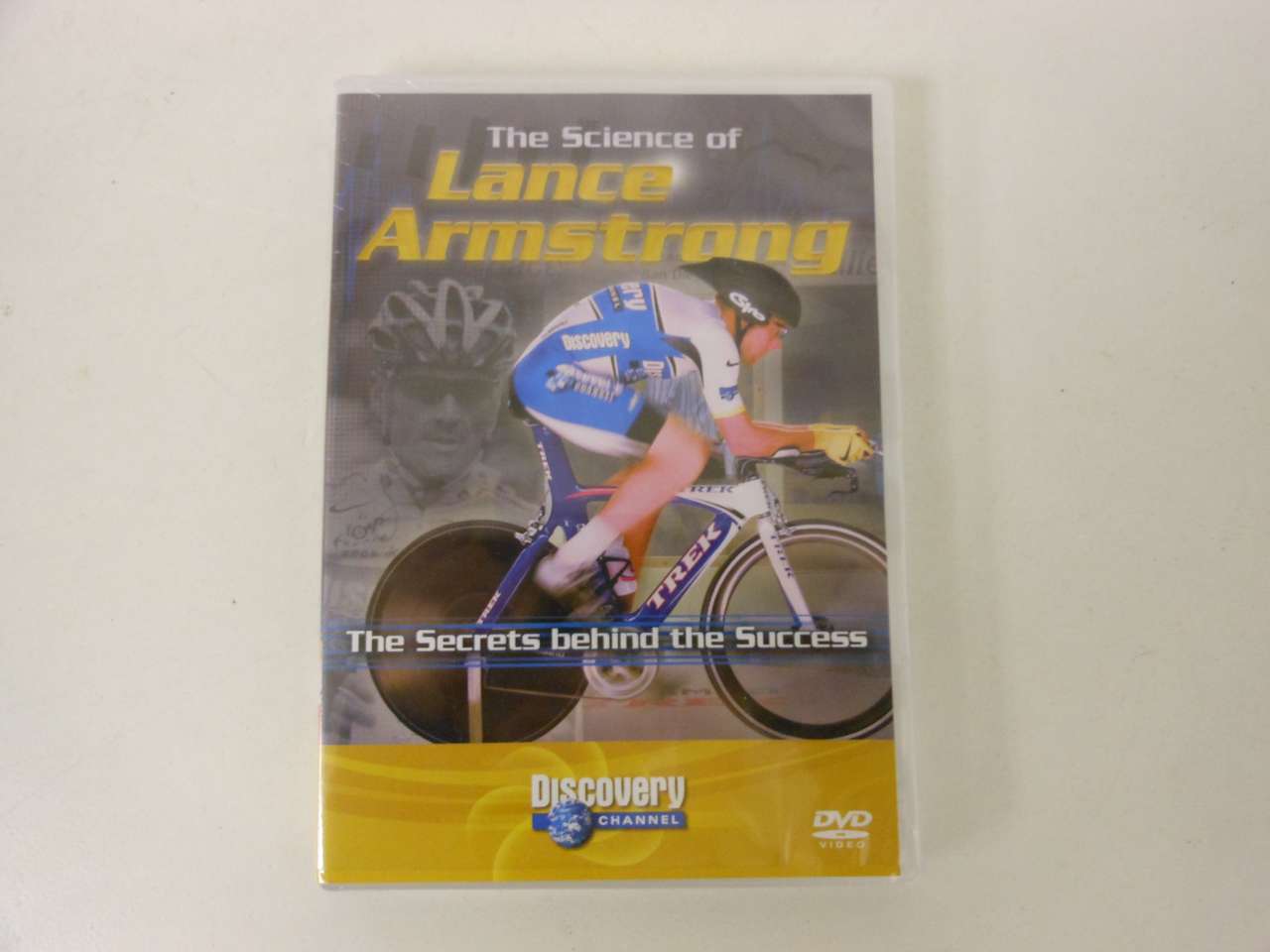 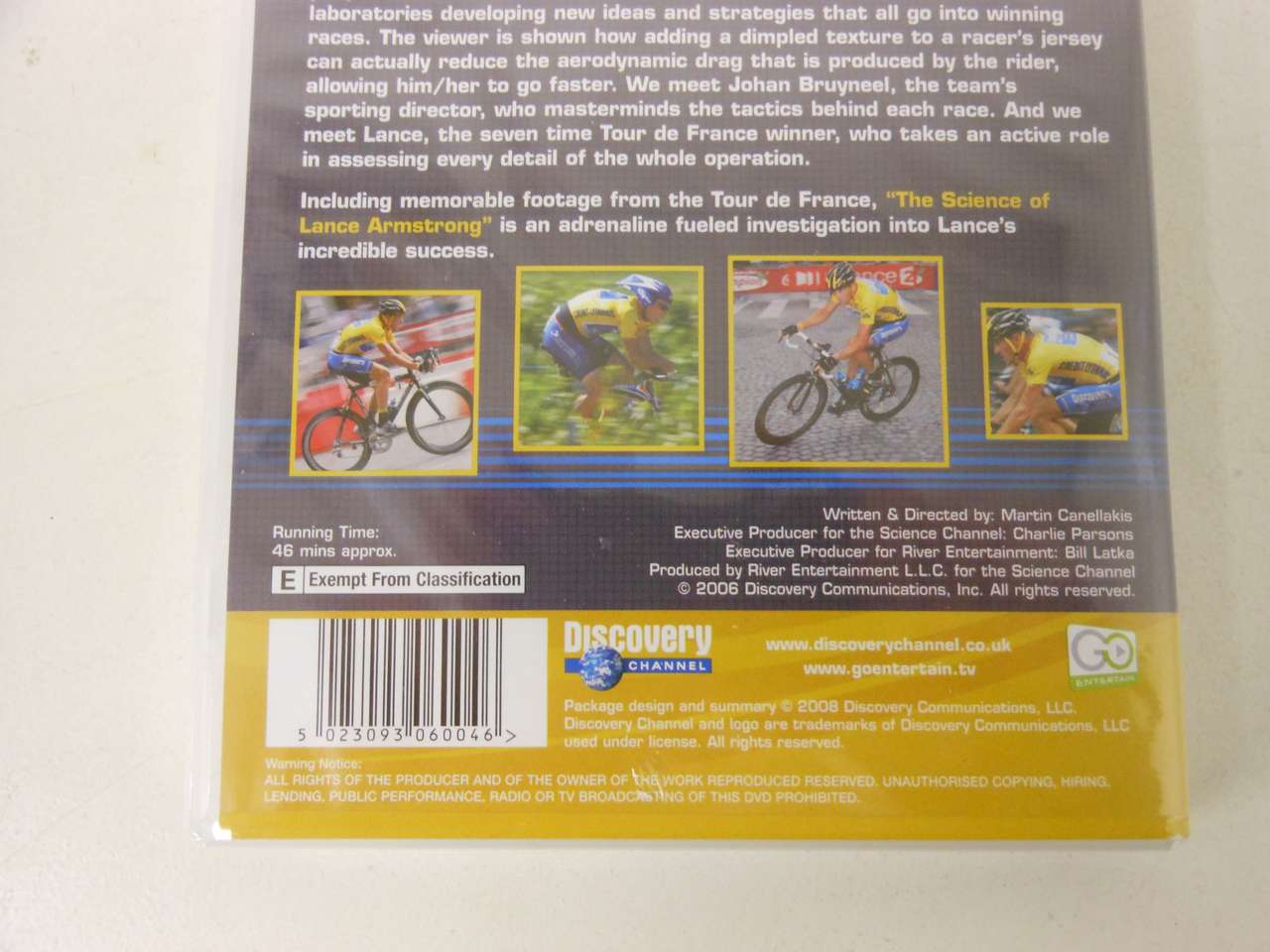 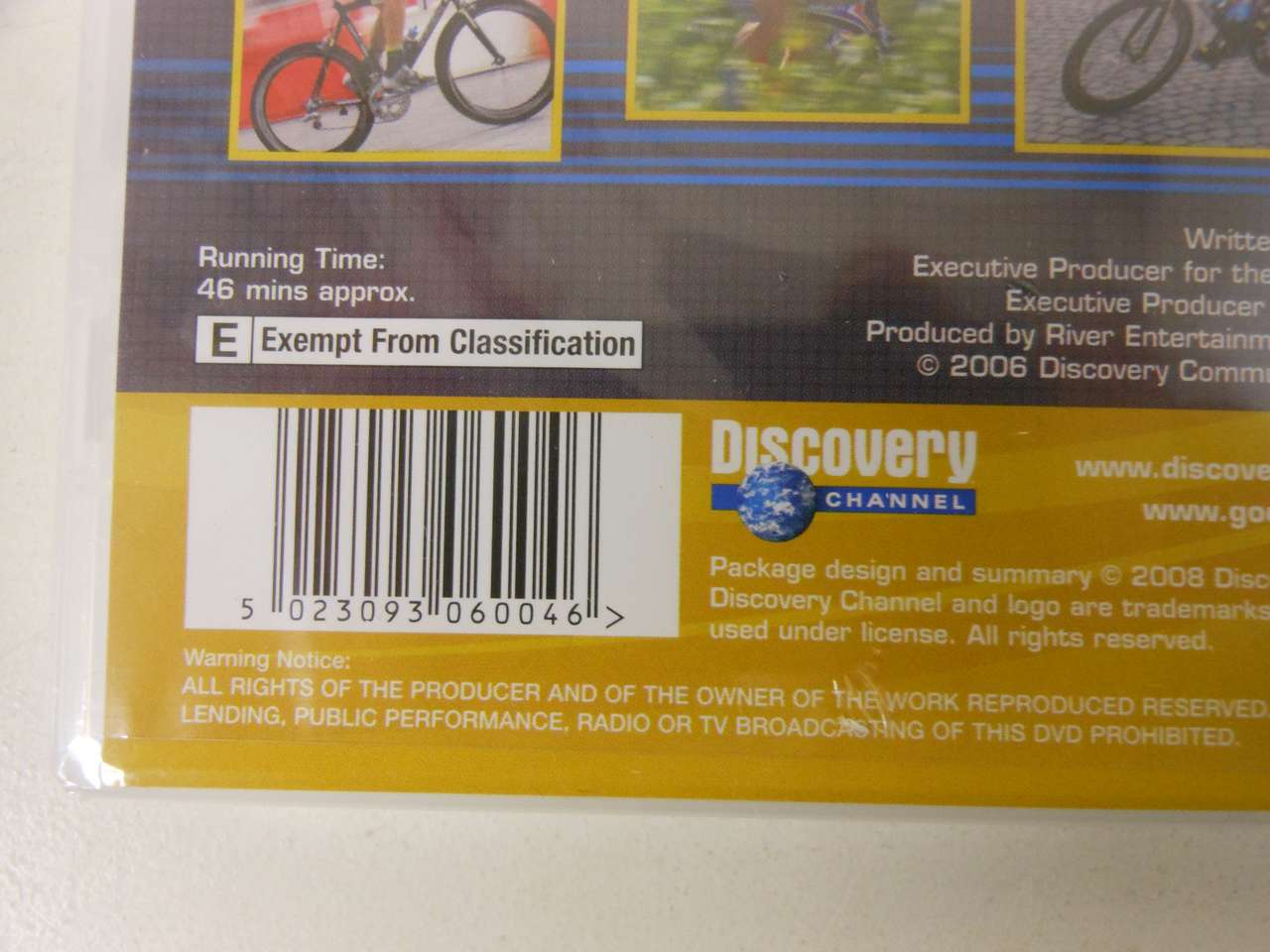 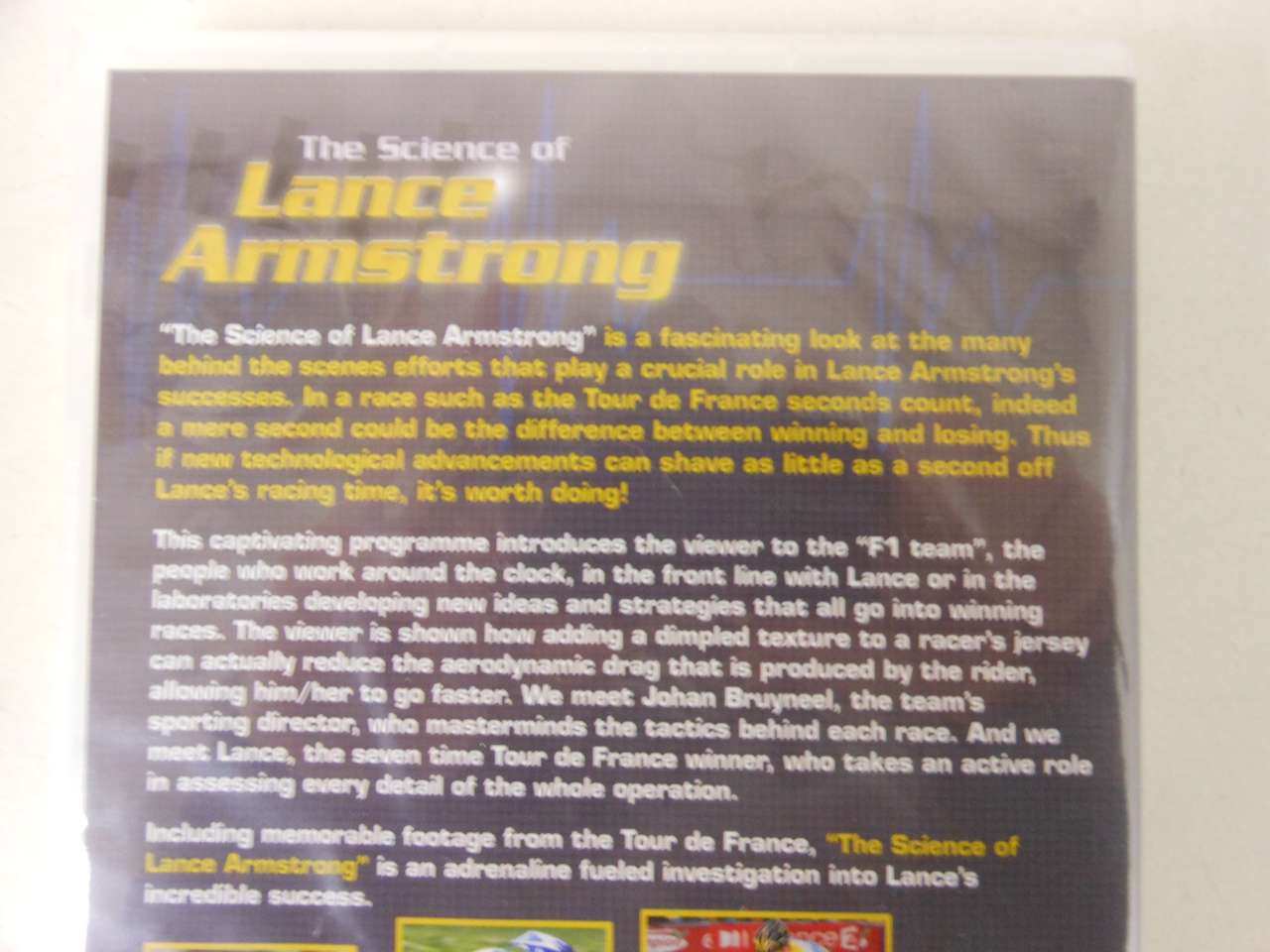 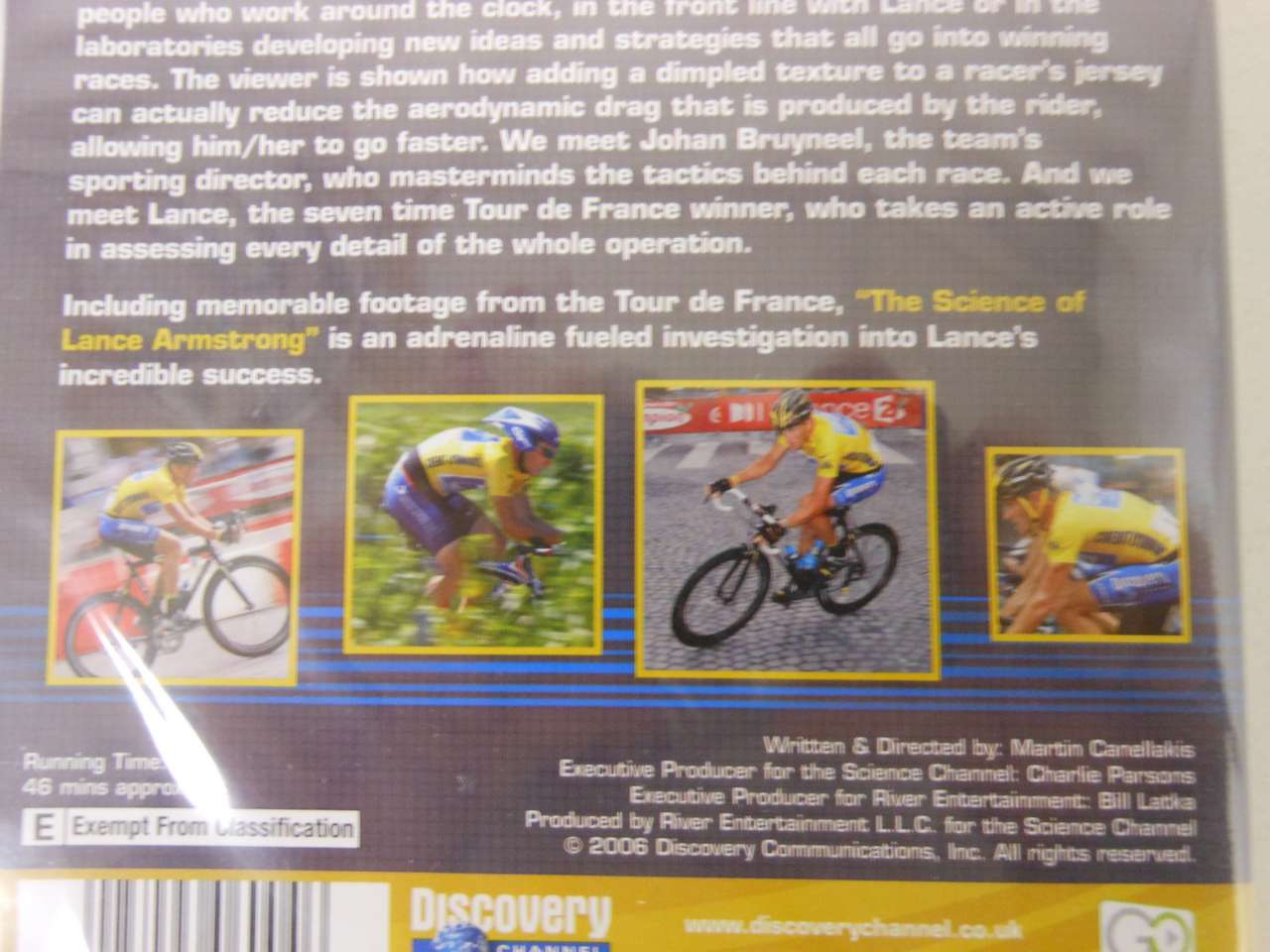 Wholesale pallets of The Science of Lance Armstrong DVDs

The Science of Lance Armstrong is a captivating documentary produced by the Discovery Channel, taking an in-depth behind the scenes look at the many crucial factors that contributed to his several world renowned achievements. Complete with the apt tagline, “The Secrets behind the Success”, the hour-long special explores his vigorous training methods, superhuman physiology and high-tech equipment.

Also widely known for being the first man on the moon, Lance Armstrong won the Tour de France a record seven consecutive times, making him one of the most successful cycling athletes in the history of American Profession Racing. However, as a result of Red Bull’s recent marketing campaign involving a sky dive from outer space, Armstrong lost his record of being the highest sportsman ever to adrenaline junkie Felix Baumgartner.

The ground breaking documentary unveils an abundance of mind blowing facts, for example:

Be sure to cash in on this admirable sportsman with this bargain job lot price of only £17,500, with a potential profit of £139,900

We have a large wholesale lot of 3 pallets containing 7,000 copys of "The Science of Lance Armstrong" DVDs to be sold as a bulk joblot.