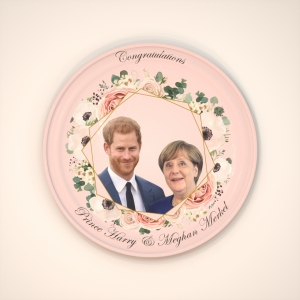 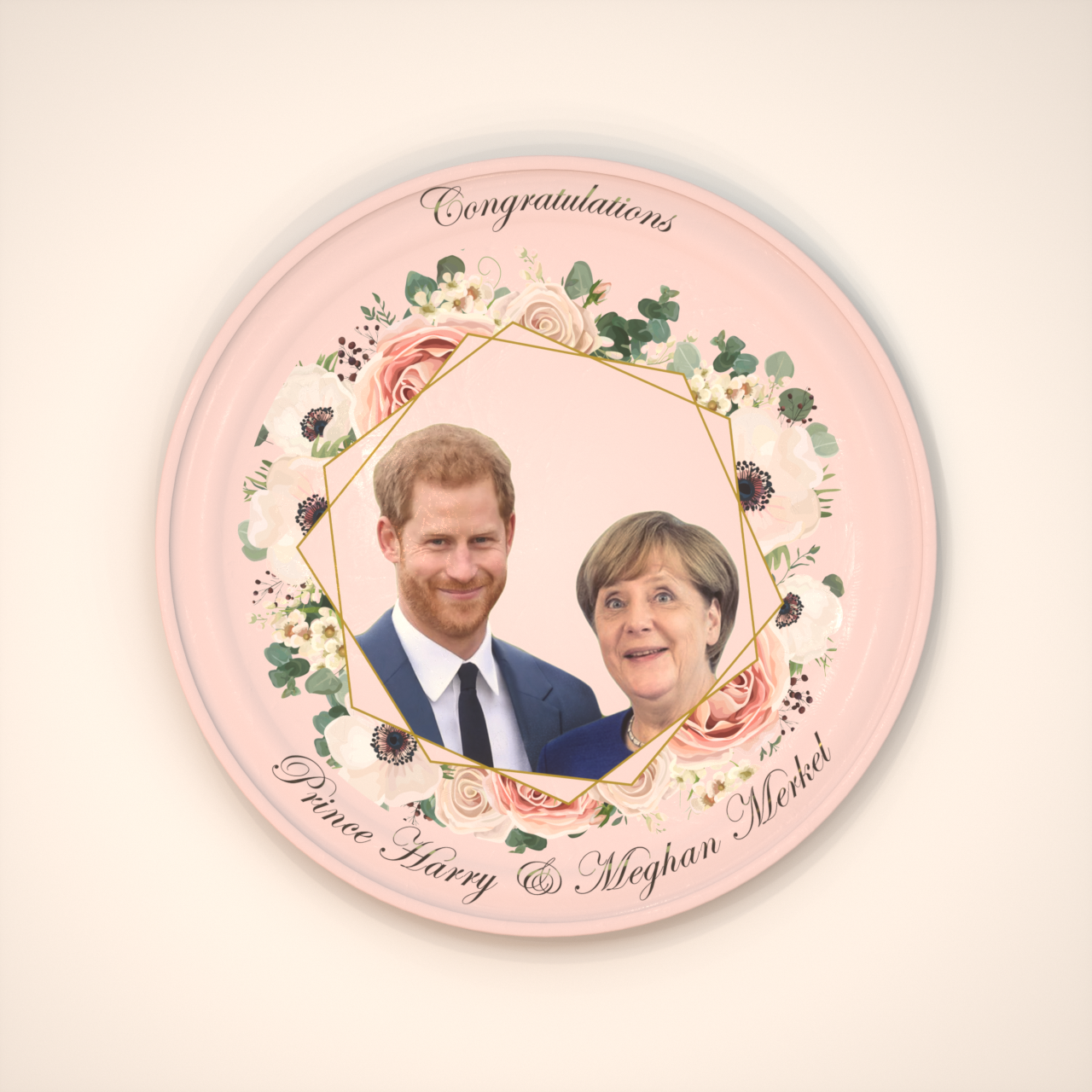 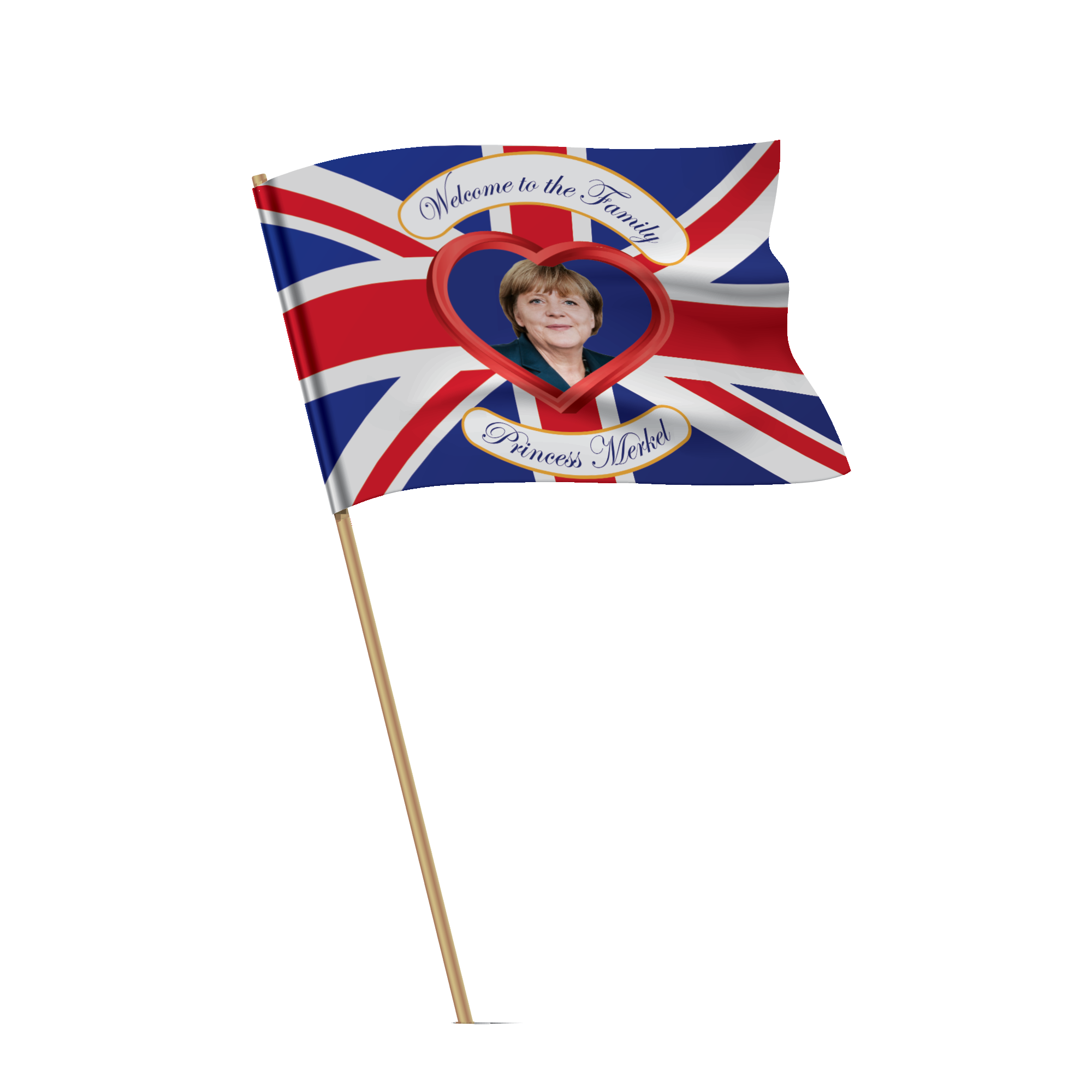 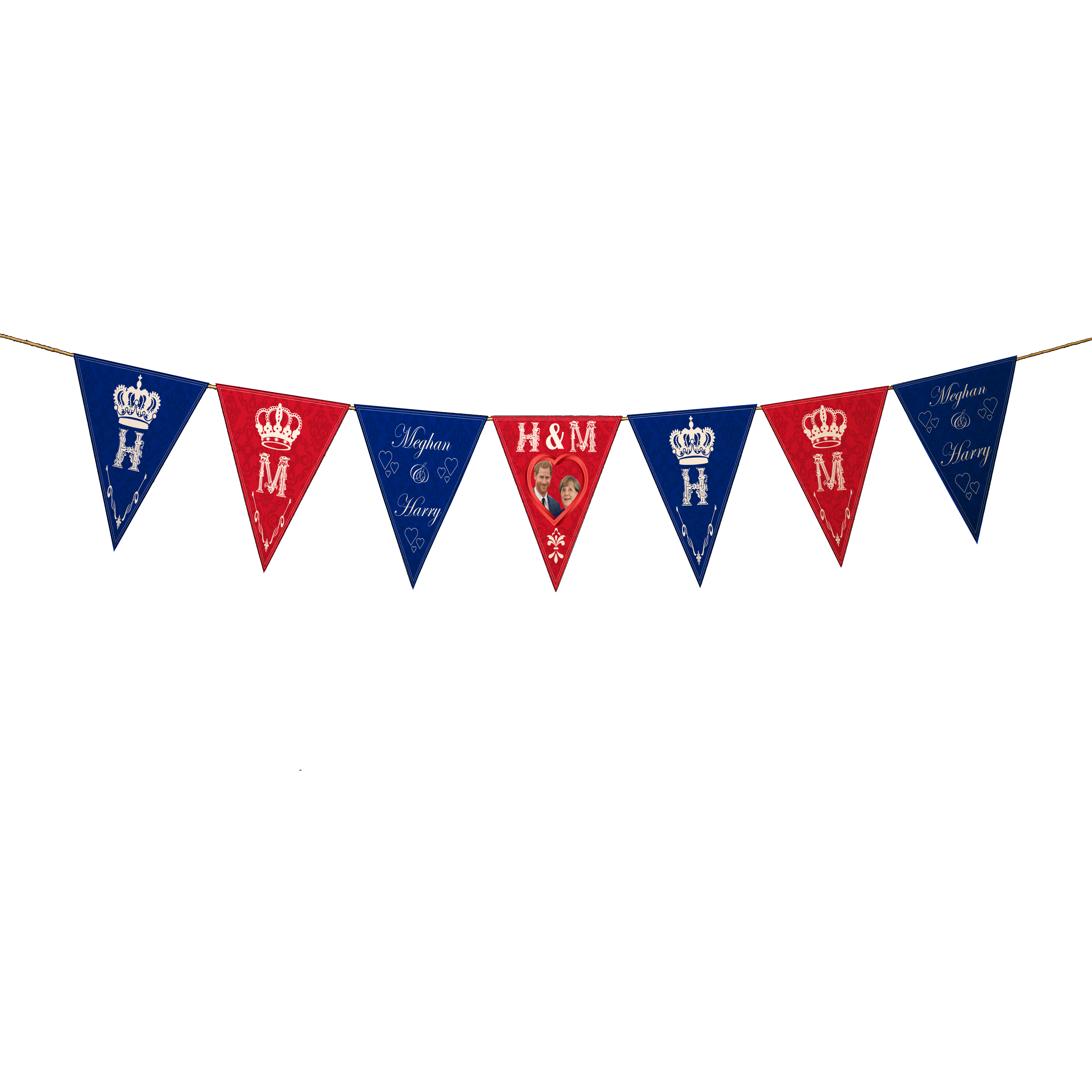 How do you come by these… interesting Royal Wedding items, I hear you ask?

So, the individual whose hands I took them off tried to get some flags, plates and bunting designed for a giant street party that they were holding to celebrate Harry and Meghan’s wedding. As the event was hitting close to budget already, they decided to get some of these party extras designed on the cheap.

NEVER A GOOD IDEA! Trust me, I've been there.

Anyway, they went with one of these ultra-cheap design websites abroad (I’m sure you’ve all seen them) as they were offering a fantastic discount deal on party gear. Well, they got what they paid for!

After providing them with the information and kind of design that they wanted, the site seemed to understand. Eventually, the boxes arrived through the post. Excitedly they tore them open and got a shock. Instead of Meghan Markle smiling back at them, it was Angela Merkel's face staring out from the boxes.

It was a complete nightmerkel!

Apparently, whoever wrote the email had specified that they wanted ‘images of Meghan Merkel and Prince Harry’. The misspelling of/wrong surname completely bamboozled the design site and instead of checking what the customer meant, they went full-on Royal Merkel.

The party planners were not pleased and wanted rid of them as soon as possible. I think they are hilarious and was more than happy to take them off their hands.

If you'd like to celebrate an alternative Royal wedding and the Saxe-Coburg and Gotha family celebrating their German roots, then be sure to get in touch.