Mock the Week? Fame at last!

Fame at Last. Wholesale Clearance UK on Mock the Week

Infamy, infamy! They’ve all got it in for me!

Did you see us on Mock the Week last night? Did you? If you missed it try catching us here while you still can!

Have you watched it? Watch it again! It’s us!

If you need further explanation, read on! Yes we featured on Mock the Week on BBC2 last night (26.06.14) because we have come into possession of some brilliant collectible mugs. Given that this World Cup 2014 is so incredibly memorable on a variety of levels, we just know that you will want to commemorate this tournament for years and years to come. Now we are offering you a once in a lifetime opportunity to do just that. 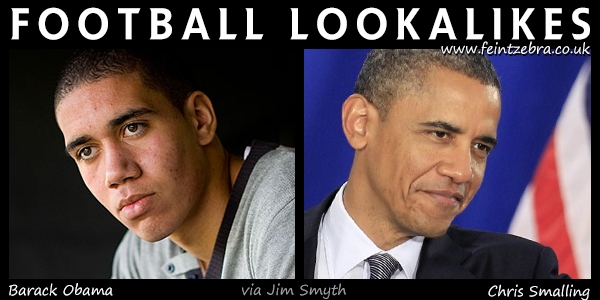 It’s an easy mistake to make, right? If you’re a rugby fan? And you don’t know anything about world politics?

Yes, we have in clearance an awesome lot of Chris Smalling England cups. World cups. Yes you read that right. England and cups and the World Cup tournament. Actually we have Chris Smalling world cups, new in a box.

OK, not at all. What we actually have is a job lot of mugs with a Chris Smalling lookalike on the mug. But it is new. And it does come in a box.

So what we actually have is proof that Barack Obama, the current President of the United States of America, played for England in the World Cup tournament 2014.

These commemorative mugs were created by a highly recommended company in Dorset and this company, who as usual we shall seek to protect employed an apprentice who was given the seemingly easy job of sourcing royalty free pictures of each England squad player to use on the England mugs – along with other accompanying items such as England coasters, England mouse mats etc.

They thought their young, bright eyed and bushy tailed new apprentice would manage this. After all he has an ology A level and came highly recommended. What they failed to take into consideration was that he’s a rugby fan.

However, he did get on with the job. He came up with the goods. The designs were proofed and signed off by the Boss. All was well. Except, unfortunately the designs were presented to the boss on the morning after a heavy night with the lads playing poker. And on this particular morning the boss had not yet had the requisite vat of coffee or his obligatory sausage sandwich with brown sauce.

Now here at Wholesale Clearance UK we have an ongoing commitment to help local companies get their products noticed. Last Wednesday 2,000 of each of the England items came into the warehouse and we eagerly unpacked them, anticipating the glory of the England team and their shining victorious faces. On close inspection it turned out that the Chris Smalling cup had Barack Obama’s head on instead of Chris Smalling’s. Oopsie!

The apprentice claims that he used that well known search engine, Google, to source the pictures. The thing is that he’s more of a rugby fan and not particularly clued up on football. Suffice to say that when he Google image searched ‘Chris Smalling’ he copied the first picture he liked the look of and the result was that the President of the United States ended up on an England cup instead of the English defender.

That’s bad news for the Boss of the Dorset company in question and his dithering apprentice – but it is great news for you! You get first dibs on snatching up this extraordinary piece of World Cup history.

And now – the mug appeared on Mock the Week too! What more could you ask?
In twenty years’ time who will ever believe that Barack Obama ever played for England? Well, you’ll have the evidence! Hang on to this England cup and you’ll have a great story to tell your grandkids.

Did you see us on Mock the Week? What flavour sauce do you prefer on your sausage sandwich? Have you finished grieving for English football yet? Come and have a chat on Facebook or leave your comments below 🙂

« Plastic Fantastic: Cards, cash and a booms a daisy!
Stop me if you’ve heard this before: mug jokes! »