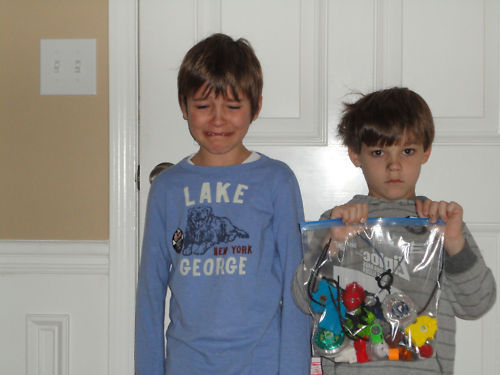 Have you ever wondered just how to ensure that your eBay auctions attract a great deal of interest? Perhaps you can take a look at these five auctions that went viral and get some tips on how to write yours!

2005 Renault Clio Dynamique 16V Blue
This Renault Clio scored a magnificent 470,000 hits in just five days. It transpires that that advert was incredibly popular because of the description which attacked the stereotypical boy racer driver of a Renault Clio with ‘go faster’ stripes. The cars are generally considered to be the preserve of boy racers, drug dealers and those with girlfriends named Sharon, Bev, Chardonnay or Chantelle.

To complete the proper drug dealer look, a tasteless stripe has been fitted from the front to the rear. Finished in “Air Max” white it really doesn’t complement the car in any shape or form. Rather like you and your Brethren spitting on the floor constantly.

D H Morgan listed a used wetsuit on eBay because he was broke and desperate for cash. He expected to get £30 for it, but as a result of the description and the banter in the Q&A’s, there were 665,633 hits from around the world. The seller decided to donate 90% of the money to charity and was subsequently tweeted about by Matt Lucas, Dave Gorman and Adam Savage and as a result of all the publicity a number of surf related companies from all over the world donated products to the listing, so that it went from a single used wetsuit to a package containing surfboards and festival tickets.

Some people bid high (as high as half a million pounds) but eventually after a number of cancelled bids it finished at £8,999. Unfortunately the buyer couldn’t pay and eventually Morgan created an online raffle and raised over £9000. 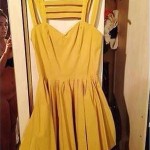 An eBay seller hailing from Oxfordshire attracted bids in excess of £150,000 for a yellow ASOS skater dress even though the initial asking price was just £15.99. She uploaded a photo of the dress, but unfortunately she could be seen in the mirror taking the photo of the dress, while not wearing anything on her bottom half. The image went viral and even trended on Twitter with the hashtag #ebayyellowskaterdress in the UK. When the young woman realised her mistake she updated the item’s page with a new photo of herself, covered this time, and added the tagline “#ebayyellowskaterdress as seen by thousands. Never worn naked.”

In February 2011, a rather annoyed Mum decided to auction off her kids’ Beyblades simply she was fed up with them. She wrote:

“We are selling 8 Beyblades, 2 of them light up. As you can tell they are not happy about this! They have been using their bathtub as a ‘battle arena’ and Beyblades + Bathtub = Destruction!!! With the metal ones they managed to scrape the enamel off the tub, take a chunk of tub out and break off the soap holder. SO if you ‘win’ this auction, DON’T play with in a bathtub!!! We have received a quote of $500.00 to replace the tub, some tiles, and soap holder + labour of course! They had approximately $125.67 in their piggy banks that will be going toward the cost. We will use the profit from this auction towards the balance and then it is onto other toys!

She published a candid photo of her kids who appeared to be crying and the auction page instantly went viral, with over 200,000 page views and high bids within days of submission. While this was amusing enough, unfortunately people began to photoshop the image and it appeared that the kids were holding a Ziploc bag full of illegal or shocking items (marijuana, body parts etc). The listing was removed by eBay with the option for the seller to relist, although she responded that ‘we are undecided if we will, we received several hundred emails in the hours that we had the listing up. Most of the emails were not very nice and not sure if we are willing to deal with that again.’ 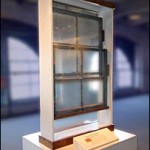 A window frame
Another infamous eBay listing that generated a huge amount of interest was the window and frame from where Lee Harvey Oswald allegedly shot US President John F Kennedy in 1963. A mystery bidder paid more than $3m (£1.5m) for the item, although the starting price was just $100,000. Apparently The Texas Book Depository was owned by a local family that listed the item on eBay. The window was removed shortly after the shooting because people began to steal bits of it. The window and frame were sold along with a leather-bound booklet with documentation and contracts relating to the window and the frame’s authenticity. 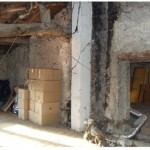 A French haunted house was auctioned on eBay for just 1 Euro. The house near Arbresle, Rhône-Alpes region, looked pretty rough, but it was a 110 square meter home and a 350 square meter piece of land. So why give it away for free? Because according to the description on eBay, a horrible murder took place there sometime during the 1950s, and the house is haunted by troubled spirits.

The listing described paranormal phenomena, knocking on the windows, strange voices, off noises and moving objects. Intriguingly, the victims were said to be a couple who owned the house at the time who were murdered by a pair of ruthless killers looking for some kind of treasure hidden inside the house. The murder was never confirmed, and the bodies were never found. The owners simply vanished without a trace, but according to the listing, their bodies were buried in a nearby field.

So there you have it! In order to make your eBay listing go viral, you really need to have a description that grabs the attention! Let me know if you come across any crackers and we’ll post them up here!

Hi karl , your post is really nice on eBay auction , I like most Haunted house part, this type of thing also sale on ebay…….great…

Hi Chris, its always good to know what items in the past has gone Viral, I’m not saying how to go, just whats has. Maybe I should research and work on a post that helps you make your own advert to go Viral, we have had a few our self’s over the last 3 years. I read your fiver post , how did that go? Good to see you set up the eBay for charity feature 🙂

It will get there too!!!

Hi Tamika, please let me know how your auction gets on? Very funny lol