It was drawn to my attention this week, that media coverage of certain items can pique interest and ensure that prices rise. You have to be on your toes to catch the wave, blink and you’ve missed it. So I had a look at products that unexpectedly went viral and here’s my top six. The […] 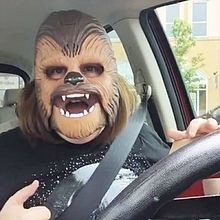 It may seem strange to people who don’t understand the machinations of British football, but yes, Louis van Gaal was sacked as Manchester United boss within 48 hours of his side winning the FA Cup, beating Crystal Palace 2-1. Rumours have abounded that Jose Mourinho was due to take his place for weeks, and it […]

We always have a large number of Playboy products for sale, see HERE, because they’re really good sellers as you would expect from an instantly recognizable global brand. They do well on eBay, in shops and on markets stalls alike, so you can’t go wrong. Have you ever wondered about the stratospheric branding success of […]

Our friend Gary Lineker has been in the news again this week, not because he will be presenting Match of the Day in the buff if Leicester do the biz, but because he has taken a swipe at “manipulative” lawyers who fuel acrimony between divorcing couples by letting proceedings drag on.” Having split with his […]